In the late 1960s,Creed was changing in the music industry and jazz marketplace.Between 1969 and 1978, he paved the way for revolutionized LP packaging with photographer Pete Turner.  Pete created a more sophisticated and upscale image for jazz and jazz artists.

When jazz budgets were being slashed at major labels,Creed produced significant jazz albums using massive orchestras.
The concept of CTI was smart, like Stan Getz. It was going to be beautifully orchestrated, like Gil Evans’ arrangements for Claude Thornhill’s band.
And finally the sound was arranged by Don Sebesky.

In 1972,he produced Deodato’s Prelude(2001), launching the electronic orchestral-jazz movement.

In 1975,Jim Hall’s Concierto was arranged by Don Sebesky.

About this recording,he said,”As always, he was fantastic. Chet and Paul hadn’t worked together before. But each one could stand on his own. They fit together like peas in a pod.” 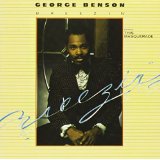 [The beginning of failure]
In 1975, Warner Bros. came by our offices again to propose a deal.

They suggested that CTI and Warner Bros. alternate albums with George Benson.
The plan was George would record an album for Warner Bros, then the next one would be for CTI, and then back to Warner, and so George recorded Breezin’ in January 1976, which included ‘This Masquerade‘.The song was a massive hit. So we’d get the next album with George.But he did not recorded in CTI, though he belonged to CTI at that time.
Because Warner Bros. prevented him from recording with CTI as a solo act.