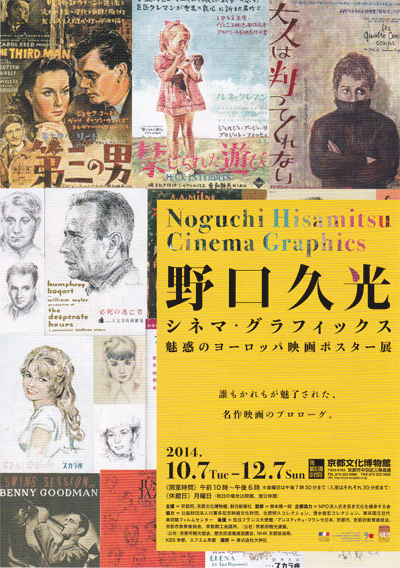 About the film and jazz, I want to introduce Hisamitsu Noguchi(野口久光).

Two years ago, I was viewing his exhibition in Kyoto.

He was a painter, graphic designer.

He painted a movie poster about one thousand during his lifetime.

He drew the masterpiece movie poster of postwar European cinema.

In addition he worked as a critic of jazz and review and musical from before the war.

He wrote commentary of many records.

Also he wrote many article for jazz magazine.

After his death his collection were donated to the ‘Jazz cafe Basie’ in Ichinoseki.

It was due to the offer of the bereaved his families.