Elliot Lawrence had recorded the name board to remain in our memories.

Today, I want to post co-starred musician with him.

In particular, I can not forget two musician who died at a young age.

‘THE FOUR BROTHERS – TOGETHER AGAIN’

This recorded in 1957 for the RCA Records.

They were collectived known as the Four Brothers.

Elliot Lawrence Plays Tiny Kahn & Johnny Mandel, from January 1956, while the last three are from Lawrence’s Swinging at the Steel Pier in June 1956. 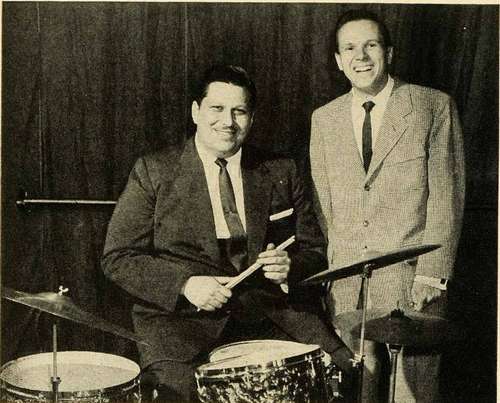 Pictured above, Tiny Kahn and Elliot Lawrence from JazzWax