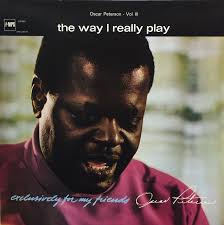 Hans Georg Brunner-Schwer was not only an ardent audio engineer; he was also an amateur pianist who was crazy about music.

In 1958 he built a recording studio above the living room in his villa.

When Oscar Peterson visited to Zurich in 1961, Peterson played the first concert in the Black Forest.

Peaterson was so impressed by recording of the concert .

Oscar Peterson said: “I have never heard such a brilliant recording of my work ever! Now my piano sounds as I always hear it, when I play!”

So Oscar Peaterson decided to come back every year for his recording int he Black Forest.

Please refer to the following for the history of MPS records.Go here

I will introduce a previously unreleased track from Oscar Peterson’s recordings.