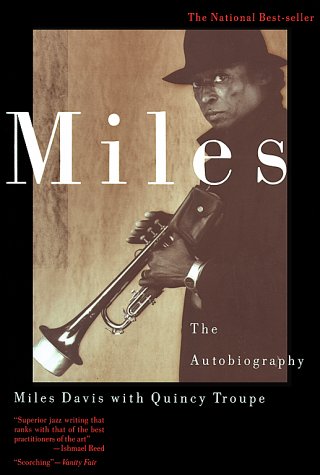 Also today I want to post about Miles’ anger against Paul Chambers.

Paul Chambers was a heavy drinker and could not stay away from women.

According to Davis’ autobiography,

Anyway, on this trip to Rochester, Paul is drinking zombies. I ask him, “Why do you drink shit like that? Why you drink so much, Paul?”
And he says, “Aw, man, I can drink all I want. I can drink ten of these and it wouldn’t bother me.”
“Drink ‘em and I’ll pay for them,” I told him. And he said, “Okay.”［…]

The only downer for me, really, during this entire first trip was that Paul Chambers was staying with Bird’s ex-wife, Doris Sydnor, in her hotel room at the Sutherland Hotel. ［…]       So he kept her to himself while we were there. I think he was a little disappointed that I didn’t like Doris, though. He probably figured she was a catch, a feather in his cap, being Bird’s former old lady.

Nevertheless Miles had to trust about Paul’s performance.

Fortunately he became a legend by two recordings during March 2 to May 5 in 1959.

The first was ‘Kind Of Blue.’

Chambers played the six-tone keynote on “So What.”

The second was Coltrane’s ‘Giant Steps.’

Coltrane paid specific tribute to his bassist on “Mr. P.C.”