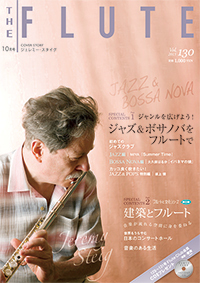 Cover Photo of THE FRUTE ON LINE by ALSO PUBLISHING Co.Ltd

I found his interview article in a musical instrument magazine of Japan. Go here

I quoted his speaking.

He was asked  a message to student who are learning the jazz flute.

”If you are considered to be doing jazz for money, it is better to quit right now. That’s it. ”

Although departing from his life, his father was the creator of “Shrek.”

In 1969, his typical work “What’s New” with Bill Evans was released.

When I was jazz beginner I learned his name “Jeremy Steig” at this record.