I went to famous jazz spot ‘Riverside’ in Fukuoka.

The owner is Youichi Kogushi(小串洋一).

I have known him since when he was company employee.

I’ve summarized his past blog about his conviction.

It has passed 13 years from he owned ‘Riverside’.

Until he run this spot, live performance was less in this place.

But at present, he has been held live performance every day.

He was said many harsh opinion from the old regulars.

Some performers were bad amateur and immature musicians.

When he was in Tokyo, jazz live performance was held from morning at ‘ Pit In’.

The audience was a few, but the musicians had been playing hard.

He decided that it is important to produce a live performance.

Two years ago May 2,he held free jazz festival at most famous hall in Fukuoka.

It is scheduled to hold a free jazz festival on May 2, this year.

He is hoping to cause avant-garde jazz in Fukuoka. 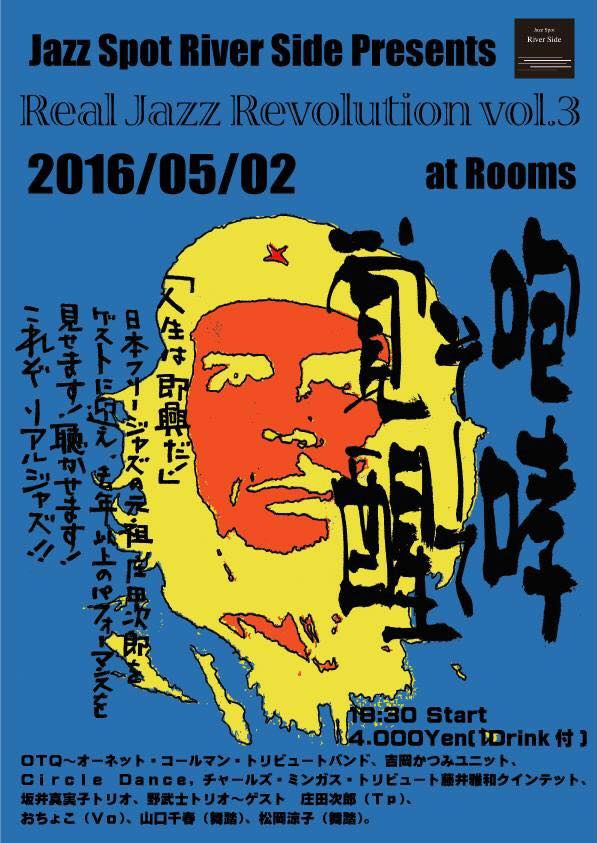